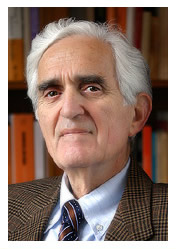 Nicholas Kazanas was born in the greek island Chios in 1939. He studied English Literature at University College, Economics and Philosophy at the School of Economic Science and Sanskrit at the School of Oriental and African studies – all in London; also post-graduate at SOAS and at Deccan College in Pune. (India)

He taught in London and Athens and since 1980 has been Director of Omilos Meleton Cultural Institute. In Greece he has published treatises of social, economic and philosophical interest. He has many publications in Western and Indian Journals and some books. He is on the Editorial Board of Adyar Library Bulettin (Chennai). He has also produced a three-year course of learning Sanskrit for Greeks.

From 1997 he has turned towards the Vedic Tradition of India and its place in the wider Indo-European culture. This research comprises thorough examination of Indo-European cultures, comparing their philosophical ideas and values, their languages, mythological issues and religions. He has translated in Greek many Gnostic texts (Gospel of Thomas, etc) and has composed an extensive study on Christ’s original teaching (one in Greek and one in English). He has also translated the ten principal Upanishads (ISA, KENA, KATHA, MANDUKYA, BrHADARANYAKA, etc) from the original Sanskrit text into Greek.